Inspired by Eric Mann’s post on caching WordPress with Redis, I thought I’d experiment with a similar setup using Memcached. Any in-memory caching system should work just as well, but I’ve chosen Memcached because it’s already running on my server and because PHP already has a built-in libmemcached API.

My current setup is Nginx and PHP-FPM, with WP Super Cache. The cache is saved to the filesystem, allowing Nginx to serve static files (which it is very good at) without needing to pass any requests to PHP. This setup has worked very well, so I’ll be using it as a baseline.

To use Memcached, every request needs to be passed to PHP. My gut feeling was that this would be slower than serving static files with Nginx due to the overhead of spinning up a PHP process for each request.

To find out which of the two setups was faster, I measured the following metrics using WebPagetest and Blitz (referral link): 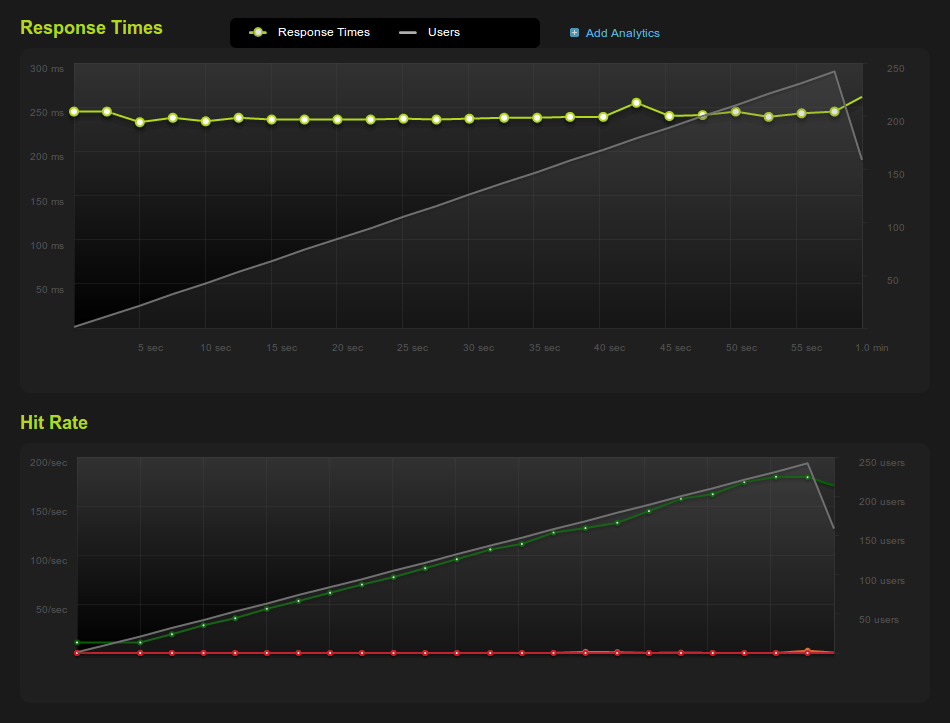 While the difference between the two setups isn’t huge, the Memcached setup still came out noticeably faster with nearly half the TTFB and a 70ms faster response time. It also managed to serve 5 hits/second more than the WPSC setup.

If you want to try out this setup for yourself, it’s relatively simple to get running.

First you’ll need to create the PHP script that handles the caching. I’ve called mine index-cached.php. The script below will cache pages with the key fullpage:your.domain.com/the/page/uri for 1 day. It will also append a comment to the end of the response, specifying whether the page was served from cache or generated dynamically and how long the execution took.

The important things to notice are:

This setup is inherently flawed in that it won’t be able to stand up to a large traffic spike. This is because every single request needs to go through PHP-FPM. With enough traffic, PHP-FPM will eventually be unable to spawn enough processes to handle every request.

The next step in caching would be to put a reverse-proxy like Varnish in front of Nginx. This (in theory) should allow the server to handle massive spikes in traffic because none of the requests would have to go through PHP-FPM.

Another option would be to use a content delivery network like CloudFlare, which would be able to offload the majority of traffic to the site.

Update: I’ve run the benchmarks with CloudFlare. Here are the results: 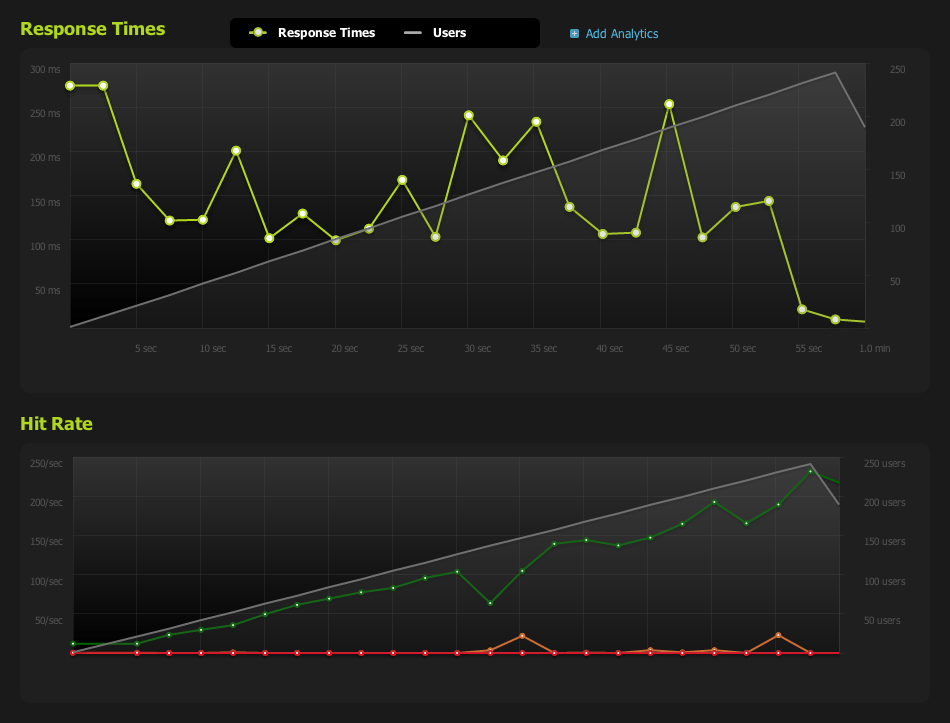 The numbers seem impressive, but the graphs generated by Blitz show that the response times vary quite dramatically. I’ve also used CloudFlare in the past and found that the TTFB isn’t always as low as this. This is part of the reason I stopped using CloudFlare; while synthetic benchmarks make it look fast, I found that average load actually times went up …But that’s a story for another blog post.

This post was published on 21 May 2013 and last updated on 1 January 2017. It was posted in [Server Administration, Web Development] and tagged with [memcached, nginx, php-fpm, wordpress]